It’s been a strange year for the automotive industry. Road traffic dropped by as much as 65% at the start of the UK lockdown, while many dealerships were forced to temporarily close for several months. Car sales have showed signs of picking up in the second half of the year however – and certain models have raced ahead.

So whether you’re looking for an affordable deal on finance, or fancy splashing some of that cash you’ve saved on holidays this year, here are the most popular cars of 2020 so far.

The trusty Ford Fiesta is a common sight at the top of these lists and has recorded almost 46,000 sales this year according to the Society of Manufacturers and Traders. With great fuel economy, handling and practicality, the hatchback is a solid all-rounder – though it has got a little pricier recently.

Will its dominance continue?

The Corsa once again comes in behind the Fiesta to take second place, though the gap is narrowing. This supermini is Vauxhall’s best seller in Britain and has added a popular all-electric version to its roster in recent times.

Given its strong performance in the latter months of 2020, the Corsa could yet take the Fiesta to a photo finish.

The Volkswagen Golf has had a facelift this year and has a long way to go to match the sales of its predecessor. Early receptions have been positive, however, with over 38,000 units sold up to December and critics praising its style, efficiency and practicality.

Don’t expect the Golf to disappear from our roads anytime soon.

Ford’s next in line has achieved plenty of success in the competitive family hatchback market. The current model was released back 2018 and offers an engaging and comfortable driving experience.

The A-Class is the most premium entry on this list, yet clearly offers enough to suit the masses with close to 35,000 sold so far. A wide range of engine and trim options helps to broaden its appeal, as do a wealth of competitive finance deals.

With exceptionally strong sales performance in the third quarter of the year, could the A-Class make a late dash for the podium? Will you follow the crowd with your next car purchase? 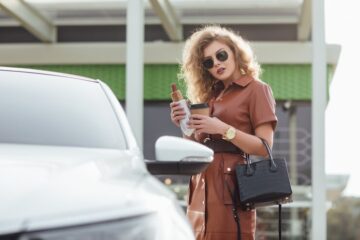 How to Prepare to Take Your Car to a Donation Service

If you have an old or used vehicle that you no longer need, you may be wondering what to do with it. Taking your vehicle to an auto donation service is a great way to Read more… Are you looking for the perfect online drivers ed course? Enrolling in an adult driving school can help you gain confidence and skills for the road.  Quality adult driver’s education is good if you want Read more… 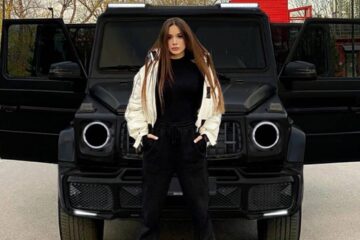 The Mercedes G-wagon is a sought-after vehicle among celebrities and business executives. At first, this prestigious vehicle gained footing in the market as an off-roader, but the German automaker has continued to improve the model Read more…