We normally pay a handsome amount of money to use a framework for more complex projects with extensive functionality. For PHP (as well as for other programming languages) frameworks already exist like sand on the seashore. Which one is the best is partly in the eye of the beholder and is also related to the planned functionality of the application. Laravel and Yii are the two frameworks that often stand in front of each other. So in today’s, comparison we will find out about each of them and their specialties. The comparison is based on the following categories:

But before this let’s have a quick recall and overview about each of these frameworks.

Laravel is the kings of frameworks in PHP thanks to its extremely easy to learn and use design. In addition to being super-fast for web application development, it has powerful tools needed to build great applications, with a container of investment controls, an expressive migration system, and tightly integrated unit testing support.

Laravel proposes a way to develop web applications in a much more agile way. For example, in Laravel development, we can optionally use the traditional MVC (Model-View-Controller) design pattern, where like other PHP frameworks, the controller is programmed as a class.

Therefore, a Controller is a PHP class that has public methods that are the endpoint of an HTTP Request (PHP Request) to our application. But Laravel also proposes a different and more direct way to respond to the HTTP request, which we will see soon.

Yii is a PHP framework based on high-performance components for developing large-scale Web applications. The same allows maximum reuse in web programming and can speed up the development process.

The basic structure of both frameworks is the same. The underlying principle is MVC. The files are divided into model, view, and controller. How these 3 components are stored in the framework directory is different in all these frameworks, but the names of the folders are often the same or similar. Folders are often only nested differently. So over time, you get a feeling where you can find which file. In my opinion, the clearest structure is the project structure of Yii. All important components that are needed can be found in subfolders within the protected folder. The folders config, module, views, and controllers are important here.

Basically, both Yii and Laravel frameworks can be operated using a command-line tool. You can create controllers and models, migrate the database, start/stop the application or server, and much more. For Laravel, these commands are executed with “PHP artisan”, and Yii comes with the same command-line tool as standard with a user interface – Gii – it enables you to easily create the required components. If you create a standard skeleton app from Yii, all you have to do is activate Gii.

Today there is a tutorial for every little task in which you can look at and understand the framework – you would like to believe. For Laravel there are good ‘Getting Started’ sections available on the respective homepages of the frameworks or there are countless videos on YouTube and blog posts from many web developers. There are also good beginner tutorials for Yii on the homepage of the framework.

Both Laravel and Yii frameworks can be easily expanded by installing additional packages. For Laravel, for example, this was necessary because the Form Helpers for easy creation and processing of forms are no longer included in Laravel 5. Yii also installed a further package for the correct display of forms and tables. The installation can be carried out in both the frameworks either via the command-line tool or by downloading and maintaining in the correct subdirectory. When using the second method, the package must also be entered in the composer.json.

Of course, each of the Laravel and Yii frameworks has its right to exist. We also believe that the choice of framework does not really depend on the type of application planned, but rather on the personal preferences of the programmer or on the ability. Yii is very easy to use due to the graphical user interface, but it is personally unappealing because it looks a bit more complicated ‘behind the scenes’ than, for example, Laravel. In addition, the representation of the framework is not really appealing. In this comparison, Laravel does not take much – mainly because Laravel is based on Symfony. Both are solid frameworks with good documentation, an acceptable basic design, and a relatively clear structure. As far as our choice is concerned, we love using Laravel anyway, because this framework is a bit more sophisticated than Yii. Laravel has become increasingly famous among developers mainly because it is very easy to learn and on the other hand it is capable of creating highly complex applications and frameworks. Hence, Laravel is one of the platforms which allows you to attain all that you can do using Yii, so the rest is all dependent on the programmer’s personal preference and his comfort level with a certain framework. Code Creators Inc. is well-reputed in the industry for providing high-quality and affordable PHP development services to its clients all over the world. 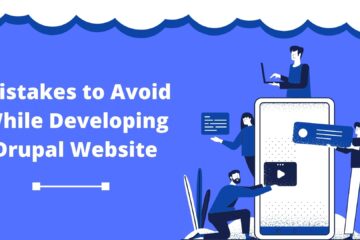 With the advent of CMS technology, web development has become a cakewalk. Drupal is one of the oldest CMS platforms having a wide range of modules and themes that help developers to create remarkable websites. Read more… 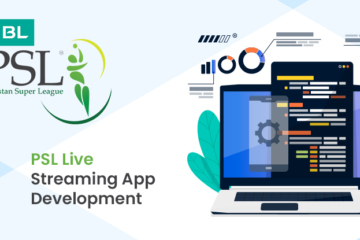 How to develop a PSL Live Streaming App

Video content is the next popular form of content. You do not need any statistics, just check yourself while scrolling social media feeds. You skip text-based posts but watch videos at least for 10 seconds. Read more… 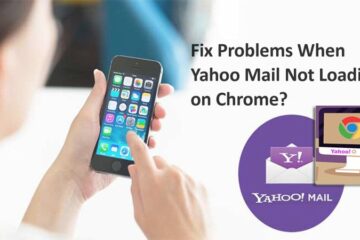 Steps to Fix Problems When Yahoo Mail Not Loading on Chrome

With its own web page and search engine, there’s no doubt why Yahoo Mail is considered as the third-largest email service available on the internet after Gmail and Outlook. But, despite the fact that, with Read more…