Which season is best for parrot mating?

Knowing the best season for parrot making can help you make the most of your pet parrot as well as help them attain the satisfaction they require. However, if you’re new to this experience and you have zero knowledge on the season that you should let your parrot free to mate, we’re here to help you with that.

The Signs for Parrot Mating Season:

Spring, the season where flowers are in full bloom and you can hear the birds chirping is also known as the season where most birds are fully acquired to start their mating process. Similarly, parrots are also prone to undergo hormonal changes and look towards mating in this season. Read more here.

But if you’re still unsure about when exactly your parrot is ready to mate, here are a few signs you could point out:

While parrots generally tend to be noisy all year round, this behavior increases around the time the mating season begins. They tend to have a higher dramatic output and louder vocalizations in this period. This can begin to be irritating for the owner and while you might want to scold your pet, it’s not advisable to do so since it can encourage them to increase this behavior.

Biting is another sign you can look for as a confirmation for the hormonal change of your pet parrot. In this time, even the tamest parrots have increased biting habit, which is quite common. This habit, in other words, is known as ‘bluffing’ which is expected since this is one of the ways parrots take out their inner frustration.

Territoriality is a concept that explains the bird’s behavior of being possessive of their territories and possessions that can be either their own cage, toys or even their owner until the mating season ends. This aspect is quite common and recognizable for the owner and it’s best for the owner to respect the pet’s territories at this point till the hormonal period comes to an end. However, it is better to contact a professional if the behavior is ongoing.

Parrots display their mating behaviors in a number of different ways. While different species portray it in different ways, some occurrences are common for almost all parrots. These may include eye pinning, the contracting and expanding of the parrot’s pupil; regurgitation, vomiting small portions of food generally to feed their mate; and other signs such as wind flapping and tail fanning are also associated to the signs of mating season. Other species such as Indian Ringneck Parakeets also display this behavior by ‘bowing down’ to the opposite gender or even their own owner if they feel comfortable enough.

Feather plucking is where the parrot plucks its own feathers and a common tendency for the parrot in the mating season since it shows the ‘nesting behavior’ of the bird. Feather plucking is a common sign of your pet’s hormonal behavior however it can also be a sign of serious illness if it continues long after the mating season is over and should be checked immediately. For more, you can visit cute parrots. How Do I Become a Veterinarian

With your love of animals and passion for their health and well-being, you may have decided that veterinary work is the career path for you. Now it’s time to make a plan for how you Read more…

If you are looking for a bearded dragon for sale or are already the proud owner of one, it is good to know what to do if they ever bite you. This comprehensive guide will Read more… 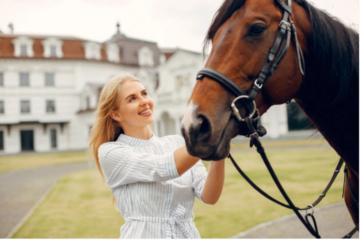 Equine clothing is a category of sports clothing specifically designed for horse riding, an activity that requires good equipment to practice it safely. Buying quality equine clothing is a good investment for the rider since it provides comfort, Read more…