Hyperbaric Oxygen Therapy (HBOT) is gradually becoming a popular alternative treatment for Autism Spectrum Disorder (ASD). The treatment consists of inhaling 100% pure oxygen at a higher level of atmospheric pressure inside a hyperbaric chamber. HBOT enhances the natural healing ability of the body.

Hyperbaric therapy was actually suggested for treating “the bends” in divers. But now its applications have widened and it is used in treating gangrene, carbon monoxide poisoning, osteomyelitis (acute bone pain), and also autism. With this oxygen therapy, blood flow to the brain is enhanced, inflammation is reduced, and stem cells from the bone marrow are mobilized.

According to CDC, 1 in 68 children suffer from autism in the US, with the prevalence in boys being 1 in 42 and girls being 1 in 189. Autism is often accompanied by certain mental and medical health issues. These issues include anxiety and phobias, ADHD, sleep disturbances, seizures, and gastrointestinal disorders.

Each session in the oxygen chamber costs around $100, which is not covered by the insurance as HBOT has not yet been approved by the FDA as a conventional treatment for autism. Hyperbaric therapy for autism must be administered for at least an hour at 1.3 to 1.5 ATA. This is equivalent to the depth of 10 to 17 feet of seawater (FSW).

Hyperbaric therapy helps in restoring or enhance neurological function by providing oxygen to the brain or flushing out toxins from blood tissues, organs, and cells. During the first session in the chamber, the patient could experience minor earaches, which is common. The treatment of oxygen therapy includes various benefits like improvements in eye contact, language, appetite, socialization, and digestion. This therapy also assists in reducing intestinal inflammation.

Studies About Hyperbaric Therapy for Autism:

Studies are being conducted to determine the effectiveness of HBOT for autism.  Scientists question whether the time spent in the oxygen chamber is really providing the expected results. This question must be taken as the main objective in further studies to prove the effectiveness of oxygen therapy for treating autism patients.

The Bottom Line: For autism to be treated effectively, it is important to detect the symptoms of the neurological disorder early. The initial signs of autism can be seen before the age of 3. Early diagnosis could provide better results in treating autism with proper scientifically proven treatments and interventions. 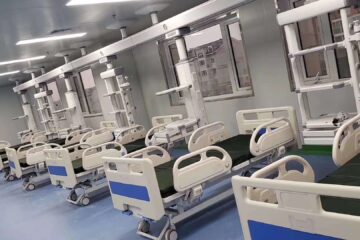 9 Benefits of Chiropractic Care for Adults

Are you experiencing pain or inflammation? Take advantage of the benefits of chiropractic care for adults. Seeing a chiropractor can help with pain management and continued preventative care.  Chiropractic care places an emphasis on the Read more…